“If you can find something significant to write about then sure, you can do a story about me!” T chuckles to herself, fiddling with her fork over a plate of smoked salmon salad. It’s the eve before her 39th birthday and we’re having dinner in JingAn – one of the most upmarket districts in Shanghai (and thereby China).

For most, Shanghai is an enticing pitstop; spend all night in the booming clubs drinking fake champagne, meet incredible strangers from all pockets of the globe, and enjoy the fleeting convenience of a fast-paced, digitized and futuristic lifestyle.

Although I do feel incredibly lucky to experience life in this city at 23 writing about what I love, babbling in Chinese and  experiencing a new side of China, I’ve found that on building a life in megacities, now and again it’s all too easy to succumb to feelings of utter frustration, loneliness and worst of all – insignificance. 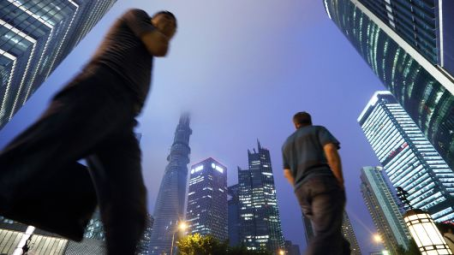 T and I became friends before I’d arrived in Shanghai – the Chinese agent responsible for settling me into my previous job, she has given me nothing but support, encouragement and friendship. A friendship that has bloomed over copious amounts of coffee and a shared love of filthy WeChat emojis.

T grew up in Beijing where she met her husband of 11 years. The couple is characteristic of China’s growing number of DINK丁克家庭 (Double Income, No Kids) households, which are on the rise. Research sampling data from the 1982–2010 censuses published in the Journal of Chinese Sociology, found that from 1982 to 2010, only-couple-households (1-generation nuclear) increased from 4.69% to 18.49%.

我觉得不要孩子会越来越多，一是因为结婚率在下降，二是因为，养孩子很贵，三是有点父母很难怀上孩子。像我们这样的丁克家庭也越来越多，原因各有不同，不过我们是因为不喜欢孩子。I think there will be more and more unwanted children: the marriage rate is falling, raising children is expensive, and it is difficult for some parents to conceive. More and more DINK families like us have different reasons. My husband and I don’t like children, so (we) haven’t had any.

Aside from personal reasons, the practicality of raising a child (and even oneself) in China’s megacities can be financially, physically and emotionally overwhelming. A megacity is one in which the population exceeds 10 million – Shanghai is merely one of the world’s 37 megacities.

Created by yours truly on Paint using screenshots from Googly – imagine the entire population of Australia crammed into this little red bubble (the size of Shanghai).

China’s megacities are facing rapid urbanization and modernization, floods of rural-urban migration, severe income and educational inequality, over crowdedness and, like many other global megacities, a slump in the mental health of its residents.

在大城市，我个人觉得每个人都有自己的压力，苦恼，精神上或多或少都是亚健康的。而且，在大城市交朋友是非常不容易，大家都过着快节奏的生活，因为利益而建立的朋友关系很表面。孤独是必然的，而且这个趋势也许会越来越严重。In big cities, I personally feel that everyone has their own stress, anguish, and more or less a lack in spirit. In addition, it’s not easy to make friends. We all live a fast-paced life, and friendships established for the sake of profit is superficial. Loneliness is inevitable, and the trend may be getting worse.

Mental health and neutral social stress processing are negatively affected in megacities, where anxiety and mood disorders are found to be more prevalent among those living in urban areas. Due to rapid social change, China is said to be undergoing a “mental health crisis” – notably among rural-urban migrants who often face prejudice by city dwellers, housing affordability difficulties as well as poor working conditions.

Some recent attacks at schools by mentally unstable individuals, one of which occurred in June 2018 at Shanghai World Foreign Language Primary School by a 29-year-old, unemployed man who allegedly started “randomly stabling people with a knife” – ultimately murdering two students, are pinpointed by netizens as a negative repercussion of megacity pressures.

A grant recently given to King’s College London and Fudan University will fund the first ever research project on “Mental Health, Migration and the Megacity”, looking at the relationship between rural-urban migration and mental health in Shanghai, combining social, biological and geographical scientific analysis and tools.

More research of this nature is fundamental if we want to secure the future of megacities that support and sustain the earth’s increasing population – the UN predicts that by 2030, one in every three people around the world will live in a city of at least half a million people. The ability to produce low-stress environments is in fact, therefore, a fundamental public good – (a service or commodity that is provided without profit to each member of society).

Looking to the future, and whilst T and I didn’t discuss environmental, governmental nor economic implications of China’s megacities overpopulating to excess, these factors are of equal importance to the social consequences I see on a day-to-day basis living here in Shanghai.

肯定会比现在更繁华，只是不会像过去50年发展的这么快，变化这么大了。(Shanghai) is bound to be more prosperous than it is now, but it’s not going to change as much as it has in the last 50 years.

China’s projected population growth is expected to reach 1.5 billion by 2025. Bodies such as the SFPC (Population and Information Research Center) among others have been established specifically to gather data, advising the government on how best to implement effective policies on urbanization. Time will tell whether these bodies are truly enough to cooperate fast enough in sustaining the expansion of these megacities. 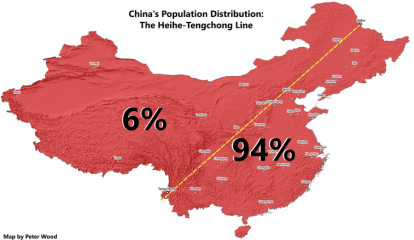 On being significant, which I’ve left until last (and cut, re-added and cut many times as I wasn’t sure about writing something so personal in a project that I intended to be solely China-focused), seeing hundreds of black heads file down into the underground every morning, standing in a queue 20 people deep just to get a plate of noodles, and educating children to study abroad because their parents would rather pay through the nose than face the competition in China – I do wonder how anyone living in a Chinese megacity can feel remotely significant.

做自己，追求自己的目标，过有意义的生活，不需要刻意追求与众不同。Be yourself, pursue your own goals, live a meaningful life, and don’t need to go out of your way to make a difference.

Everyone has their own personal strategy, thought processes and habits to handle the convulsion of emotions that seem to be an integral part of city life. If you ever feel insignificant – watch this wisdom on “The Butterfly Effect”. Because even though you may feel like one little person in a sea of millions and millions of people – it’s important to keep your head above the water, gradually dissolve that cloud of self-doubt, and swim on through. We may feel  insignificant, but everyone is in fact, significant.

**This 66hands story is dedicated to the Chinese man that sneezed into my face during the Shanghai morning rush hour. Thank you for blasting your nose juice on me – I stared at you in disbelief and you laughed unashamedly. Trapped in a mental rage, I pushed my way out at the next stop, wiped my face and wrote this.